NEUMAN & ESSER, a company founded in 1830 and based in Aachen, is a manufacturer of compressors and grinding plants. The plants of NEUMAN & ESSER are mainly used by companies in the oil and gas, chemical and petrochemical, food industry and renewable energy sectors. NEUMAN & ESSER is globally positioned and maintains 25 operating companies in Europe, Asia, North and South America and Africa.

Three years later, in 2017, NEUMAN & ESSER wanted to replace the previous form standard, Microsoft Infopath, as this technology was discontinued by Microsoft. In addition, NEUMAN & ESSER still has various forms that were only available as print forms due to their complexity. These too were to be digitalised with the introduction of a new form solution. At NEUMAN & ESSER, forms are used in particular in the service unit, i.e. in the maintenance and commissioning of systems.

Since NEUMAN & ESSER's equipment is also used in remote areas, such as on drilling platforms or in well-shielded production facilities, the new forms solution had to be absolutely offline-capable. For this reason, the Adaptive Forms Technology of AEM Forms in combination with the AEM Forms App was evaluated within the scope of a Proof of Concepts (PoC). In the future, service technicians should be equipped with a tablet on which they have all the necessary forms and documents digitally with them using an app. The PoC, which was carried out by eggs unimedia, was intended to prove that all technical (e.g. offline capability) and functional requirements (such as the use of large and nested tables) could be met and that ease of use for service technicians was guaranteed. The result was positive, as no requirement arose in the PoC that could not be implemented. In 2017, for example, Adobe LiveCycle Rights Management was migrated to the full Adobe Experience Manager Forms platform.

In the foreground of the project was the "enablement" of NEUMAN & ESSER, because the employees in the IT and forms departments wanted to implement the project as far as possible independently. For this reason, a training concept was defined, within the framework of which different knowledge carriers in the specialist area and in the IT at NEUMAN & ESSER were built up. The project team at NEUMAN & ESSER included a product owner, two form designers, a power user for internal training and documentation as well as an employee in IT for interface preparation, server support and requirements definition. Depending on the role, eggs unimedia had the appropriate training at hand.

The experts of eggs unimedia were mainly consulting during the project, only a few more complex tasks such as the implementation of the project "checklist" were mostly realized by eggs unimedia. Because this project required major adaptations of the Adaptive Form, adjustments of some control elements as well as a data transformation (nested data should be transformed in a straight line).

As part of the AEM Forms introduction, the process "timesheet" was digitized and automated. This resulted in significantly faster throughput times, enormous time savings in the office and on the construction site, more flexibility for the service technicians and a reduction in the potential for errors.

Other projects where AEM Forms is driving digitization at NEUMAN & ESSER are customer surveys, mileage recording or digitization of data sheets.

There is a machine-specific data sheet for each machine produced and commissioned by NEUMAN & ESSER. Currently, about 2/3 of the data sheets are still encrypted in an IMS (Integrated Management System). However, since 2014, all new data sheets are maintained in the more modern and project-specific "dashboards", where they can be requested by technicians if required. As soon as a document leaves a dashboard, it is protected "on-the-fly" with a rights management policy to safeguard it from unauthorized access.

Due to the long history of NEUMAN & ESSER's business, the majority of the machines put into operation worldwide do not yet have a dashboard. However, AEM Forms also provides support here: As soon as a service technician requires information on a machine whose data sheet is not yet available in the dashboard, AEM Forms provides an input mask for creating a new dashboard. In this dashboard, the service technician enters the most important machine data and digitizes the technical information of the machine in this way. The data is then stored away in an SQL database and linked to the data sheets.

A form process in the service unit of NEUMAN & ESSER is usually multi-stage and often goes beyond national borders. Many forms were already digital in the past, but the Infopath forms did not offer digital signatures, no acceptable print view of the HTML form and they were not mobile-capable. More complex form processes were often still completely analogue.

In the past, for example, a technician on site filled out a time sheet manually with several coloured carbon copies. He had the time sheet confirmed by the customer and obtained his signature. Some of the time sheets were sent by post from the place of work to the NEUMAN & ESSER headquarters and each copy went to its destination depending on the colour. The time sheets were checked in the scheduling department, a note was made in the CRM service calendar system and finally forwarded to the order processing department by in-house mail. In the order processing department, the orders were sorted according to orders and expenses, the data were transferred to a database, time recording in SAP and the preparation and execution of the invoicing.

Solution at a glance 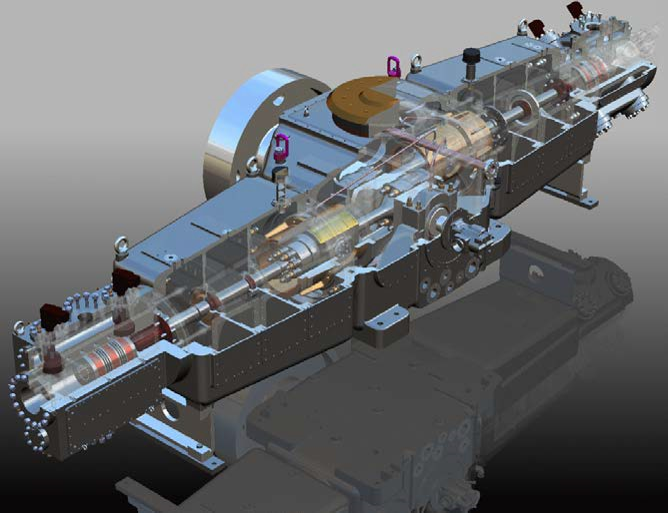 In the future, further systems are to be linked to AEM Forms, additional form processes are to be mapped via the platform and on-site employees on construction sites are to be supported even better. In addition, production employees who do not have their own PC workstations will be able to use AEM Forms via handheld devices.