The art of thinking independently together

What is the better order option?

In many companies it happens that certain scripts in forms are needed for several forms. Maintaining these scripts individually in all forms costs time and money.

With the help of Custom Functions, these scripts can be managed locally in CRX/DE, i.e. on the server side. However, the scripts are executed on the client side and also loaded as such. The scripts can be dragged and dropped into the rules in the so-called "Rule Editor".

The following steps must be performed to write a custom component script.

In earlier versions, the folder was stored under "/etc/clientlibs".

In current versions, it should be created under "/apps", as shown in the example below.

At eggs, we store the corresponding files in the project directory under "/apps" by default.

Therefore, a directory for the company (eggs) and a directory with the corresponding project (blog) will be created.

Below that the node cq:ClientLibraryFolder is created: 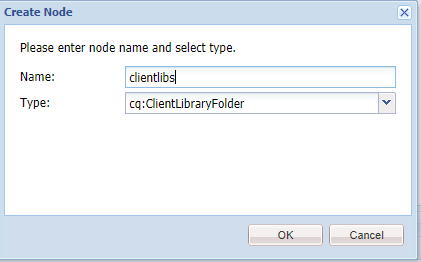 We usually call this node "clientlibs".

This node now requires the property "categories" of type "String" and in the "Value field" the name "Libs Identifier". In our example we created the category "af.blog.inputsupport" and activated the property "Multi" to correct the type to a string array.

After clicking on "Add", you have to confirm the input(s) for the categories and you can also extend them. 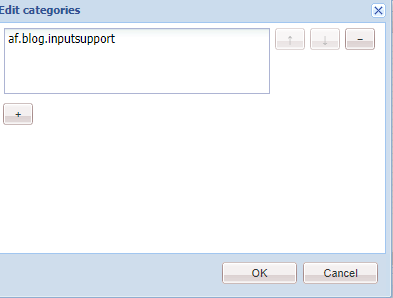 Then the attribute "allowProxy" of type "Boolean" must be created with the value "true"; otherwise the file in the "/apps" folder would not be accessible.

In this new node different directories and files have to be created.

First you have to create a "js.txt" file (it will be explained later what it has to contain).

Then you have to create a folder for the JS scripts. We use the directory "js" for this.

Below that we create the subdirectory "validation" to be able to group the new scripts better.

Under this node we create a file that will contain our JavaScript (timefield.js).

Now we can start filling the files. In the file "js.txt" the following must be stored:

#base=js“ specifies in which directory the JavaScripts as well as the CSS files can be found.

Now the functions are created that we want to use in the forms. For this we have to edit the file "components/timefield.js".

After everything has been saved in the CRX/EN, we can continue with step 3. 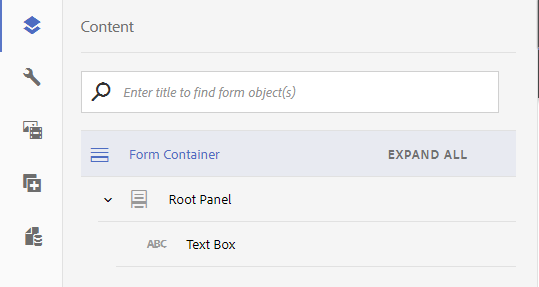 Here we need to enter the category in the box "Client Library Category" we have specified in CRX earlier: 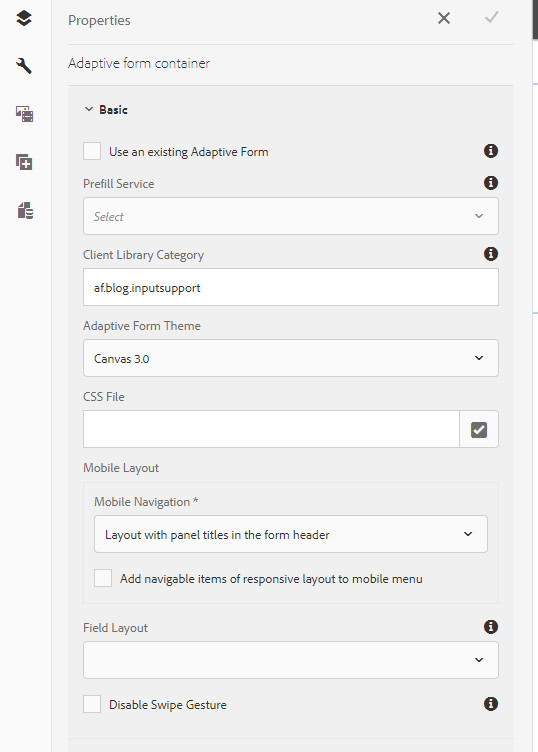 Now we insert two text boxes into the form. The first one is called "Start Time" and the second one "End Time".

In both fields we apply the following rule: 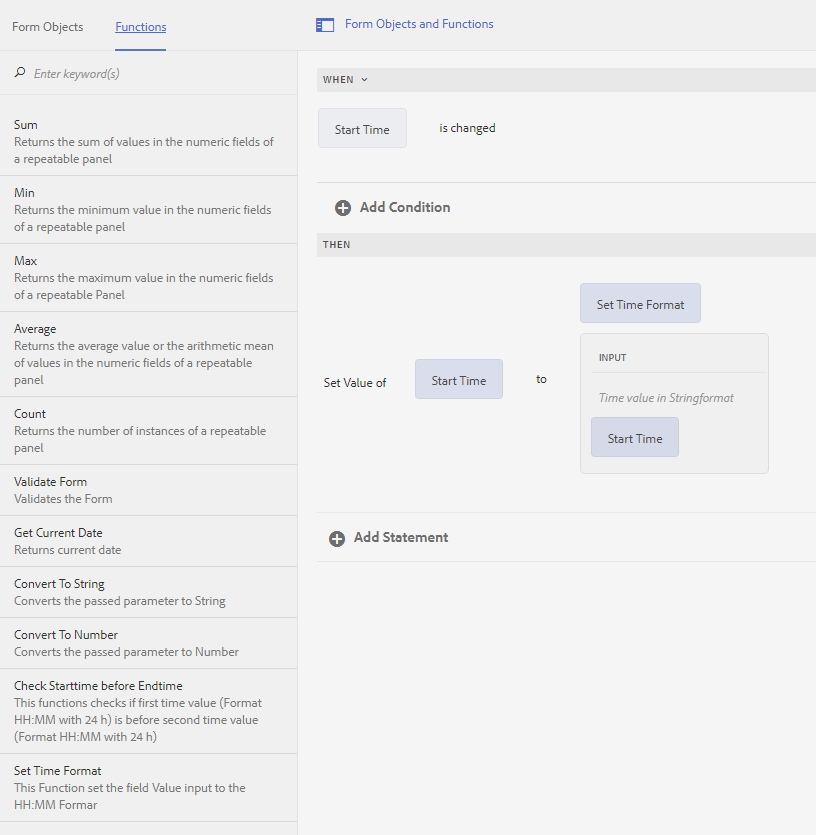 This rule should look as the following in the rule overview:

Next, we set up the validation: 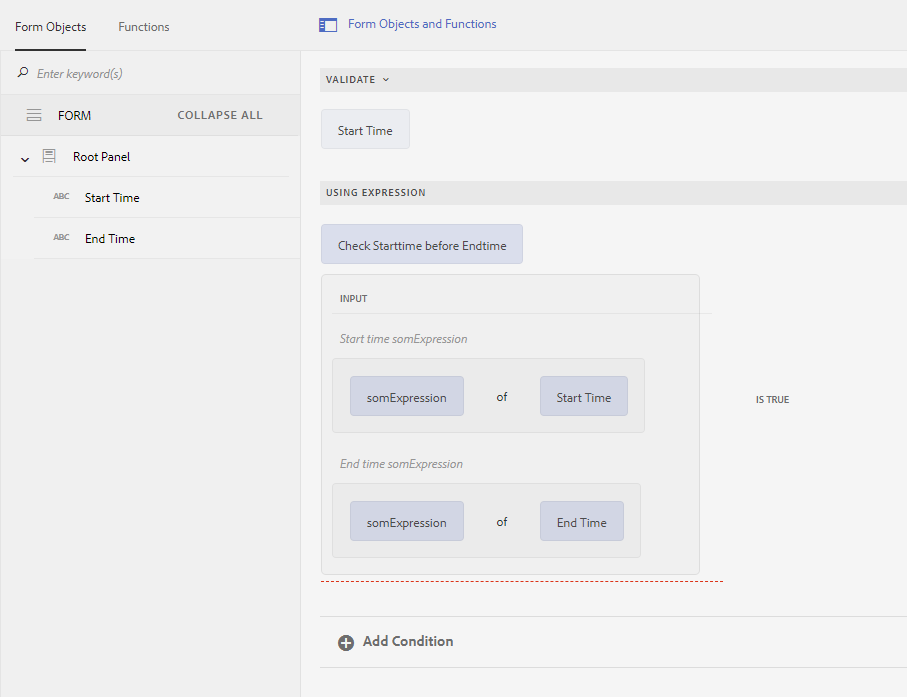 Since the end time is before the start time, the following error message appears:

After entering 15 in the End Time field, the time is validated and is now valid:

BlogAF.zip must be uploaded to the AEM Forms interface

The  CRX DE Package de.eggs.afexample-1.0.zip must be uploaded via crx de 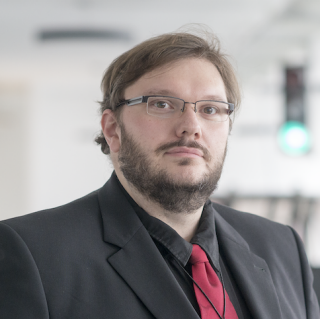